Willie Hamilton is Professor of Primary Care Diagnostics at the University of Exeter. 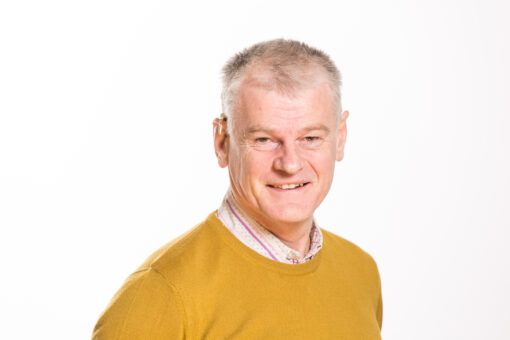 Willie is a third generation doctor from Belfast and specialises in primary care diagnostics, with particular expertise in cancer.

Willie’s research has had a major impact on improving earlier diagnosis of cancer in the UK, which saves lives. He was clinical lead on the main NICE guidance, ‘Referral for Suspected Cancer’ NG12, published in 2015; this governs approximately £1 billion of annual NHS spending. Of the 210 NICE recommendations in NG12, 100 can be traced back in part or wholly to his publications. These new guidelines have contributed to meeting the target of reducing the number of avoidable cancer deaths in the UK by 10,000. The battle is not yet won, but patients are being diagnosed earlier, cancer survival is improving, and year on year hundreds fewer cancer patients are being diagnosed with an emergency complication of their cancer.

Willie and his team have also produced Risk Assessment Tools for all major adult cancers. These provide the GP and patient with an accurate estimate of the risk of cancer when a patient reports symptoms to their GP. These have been converted to electronic form with support from Macmillan the cancer charity. A major randomised control trial of these begins in 2019, supported by a £2 million philanthropic donation from the Gillings Foundation. This illustrates that Willie’s research work remains deeply focussed in general practice, aiming to further improve cancer survival in the UK and internationally.

This work has been supported by grants totalling over £30 million, including an NIHR programme grant (2010-6), the Department of Health-supported Policy Research unit (2010-18, renewed in 2019), the flagship Cancer Research UK Catalyst award with Cambridge, (2015-2020) and philanthropic funding from the Gillings Foundation. He also co-leads the Translational Research Exchange at Exeter, a Wellcome Trust funded team bringing together mathematical experts with clinicians. He received a CBE for services in improving early cancer diagnosis in the 2019 New Years Honours.